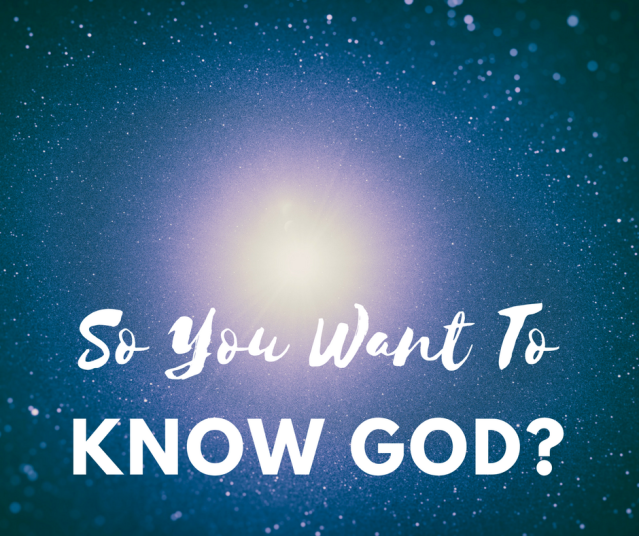 Hebrews 1:1-3a – God, after He spoke long ago to the fathers in the prophets in many portions and in many ways, in these last days has spoken to us in His Son, whom He appointed heir of all things, through whom also He made the world.  And He is the radiance of His glory and the exact representation of His nature, and upholds all things by the word of His power.

Do you realize the great privilege we have in knowing Jesus?  Think for a minute what your life would be like if you lived in the time before He came.

If you were a Gentile, chances are you would not know about the Most High God at all.  You would serve many gods, all of your making, and your ancestors’ traditions.  You would have no knowledge of what it meant to be right with your Creator; you would only know what it was to eat, drink and be merry, for tomorrow you may die.  You would live your life with an empty soul, filling your days with the pleasures that your flesh craved, aware that there must be something better but having no idea what it was.

If you were a Jew, you would be bound to serve the Law, fulfilling all the sacrifices.  You would not experience the nearness and indwelling presence of God.  You would go to a tent, a tabernacle, or a temple and offer up a lamb or bull to a priest.  Only when the priest pronounced your sacrifice acceptable would you have any assurance at all that you had been made right with God and could safely go about your life without the fear of sudden death because of your sin.

If you were a righteous Jew, one who followed the Law and responded to God’s call on your heart to serve Him, you might be one of the blessed men and women we read about in the Bible – a prophet, a priest, a king, or someone who encountered God in a specific circumstance, like Naaman, who was healed of his leprosy.  But you would only know God in a limited way – a particular experience, a need met, a specific calling to fulfill.

In contrast, the disciples knew God face to face, in the person of Jesus, and we receive the benefit of their experiences through the record set down in the New Testament.

If we see Jesus, we see God.

John 12:44-46 – And Jesus cried out and said, “He who believes in Me, does not believe in Me but in Him who sent me.  He who sees Me sees the One who sent Me.  I have come as Light into the world, so that everyone who believes in Me will not remain in darkness.”

Jesus came in human flesh to reveal God to us.  No one has seen God at any time; the only begotten God who is in the bosom of the Father, He has explained Him. (John 1:18).

Hebrews tells us that Jesus is the radiance of His glory and the exact representation of His nature.  The word “radiance” is from the Greek word apaugasma, meaning to emit light or splendor, literally to shine from.  Jesus is the shining forth of God’s glory and the likeness of the Father.  The word for “exact representation” is charaktēr, from the word meaning “to carve,” usually something engraven, cut in, or stamped.  This impression with its particular features was considered as the exact representation of the object whose image it bore.  Jesus is the exact image of God’s essence.  Whatever the divine expression is, Jesus is said to be its perfect expression. (Definition from Zodhiates’ Complete Word Study Dictionary).

Do you wonder what God is like?  How He thinks?  How He acts?  What He values?

Then look at Jesus.

Read through the New Testament and write down everything you learn from Jesus, and about Jesus.  What did He say?  What did He do?  Answer that, and then you will know who God is.